There are currently 0 users and 4 guests online.

I feel very proud to have been involved in the next Incognito album. Its called 'Transatlantic RPM' and features Chaka Khan, Mario Biondi, Leon Ware, Ursula Rucker & Christian Urich amongst others. I co-wrote two tracks with Bluey;
Line In The Sand (Feat. Leon Ware) &
Can't Get Enough (Feat. Mario Biondi)

Hear a sneak preview of 'Can't Get Enough' below....

Its great to be playing keyboards with Valerie again after such a long time. Come and check out this one off gig at the Jazz Cafe.. There will be a couple of Two banks of Four classics in the set guaranteed!

Playing with the Bays at Meadowlands Festival this Sunday

I'm really looking forward to playing again with The Bays on Sunday.. You can find out more info about the festival here: 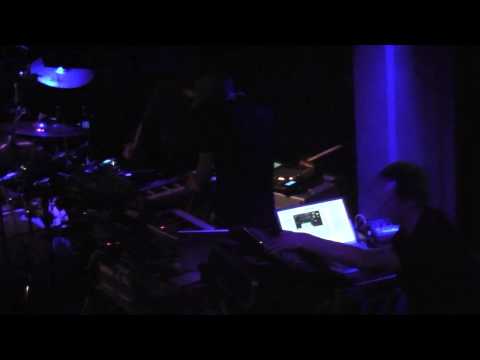 Released on 2nd April 2010 on Primaudial Records...
Taking inspiration from the legendary Ryuichi Sakamoto, Ski kicks off 2010 with an EP of electronic soundscapes centered around his interpretation of the classic 'Thousand Knives'. Featuring the guitar talents of Jeremy Shaw (Naked Funk, Daddy Long Legs), this track first appeared on Sakamoto's 1978 solo album, and was later recorded by his band Yellow Magic Orchestra. Continuing the Japanese thread, Ski was lucky enough to have Tokyo's very own mu-seum club residents Akio Dobashi aka Crude Reality and Terry Washizu intensify the groove with some slamming remixes.
Click below for more info and BUY links..

Check below for a little sneak preview!